The objective of this study is to test In Vitro the twenty chemical compounds that contains Schiff base or oxazepine, indoline, imidazolo units in concentrations( 50, 100, 150) mg / dl as antifungal activity, against three pathogenic Candida species  that occur in humans. We tested one isolates of

) Candida albicans ,Candida glabrata and Candida krusei). All these species affect human health . The study was carried out in the Laboratory of Public Health , directly of health for the period from May 2016 to April 2017  , Candida spp isolates used in this study were collected from patients admitted at  some private clinical in  Kirkuk city . All isolates were identified using CHROM agar and stored at -70 0C. Preparation of Schiff base ( 1-7 ) from amino pyridine derivatives with aromatic aldehyde by nucleophilic addition reactions preparation of 1,3 â€“ oxazepine 4,7 â€“ dione ( 8-13 ) were carried out by cyclization of appropriate Schiff bases with malic anhydride and phthalic anhydride , preparation of compounds ( 14 â€“ 17) from reaction of a mixture aminopyridine derivative with potassium hydroxide then chloroacetic acid was  added , preparation of compounds ( 18 â€“ 20 ) from reaction of amino pyridine derivative and 4- phenyl phenacyl bromide , all these compounds were characterized by melting points and FT.IR spectroscopy. Some of them were characterized by H1- NMR and C13-NMR spectroscopy .Some compounds contain Schiff base  group in compounds

( 1-7) showed inhibitory effect Candida albicans and Candida krusei  .This study demonstrates that the three Candida species were resistant to a range of compounds (8-13) containing oxazepine and as antifungal against , while the compound(14-17) contain Indolin show low inhabition zon for Candida albicans and the compound (18-20) contain imidazo group showed inhibited  effect against three Candida species. 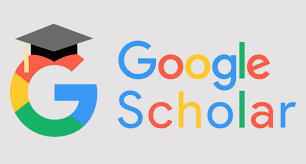